The Serengeti ecosystem is one of the oldest on earth. The essential features of climate, vegetation and fauna have barely changed in the past million years.

Serengeti National Park is undoubtedly the best-known wildlife sanctuary in the world, unequaled for its natural beauty and scientific value. With more than two million wildebeest, half a million Thomson’s gazelle, and a quarter of a million zebra, it has the greatest concentration of plains game in Africa. The great quantity of wildebeest and zebra form the star cast of a unique spectacular – the annual Serengeti migration*.

Even when the migration is quiet the Serengeti has the most spectacular game viewing in Africa, with golden-maned lions, herds of buffalo, smaller groups of elephant and giraffe and thousands upon thousands of eland, topi, kongoni, impala and Grant’s gazelle. 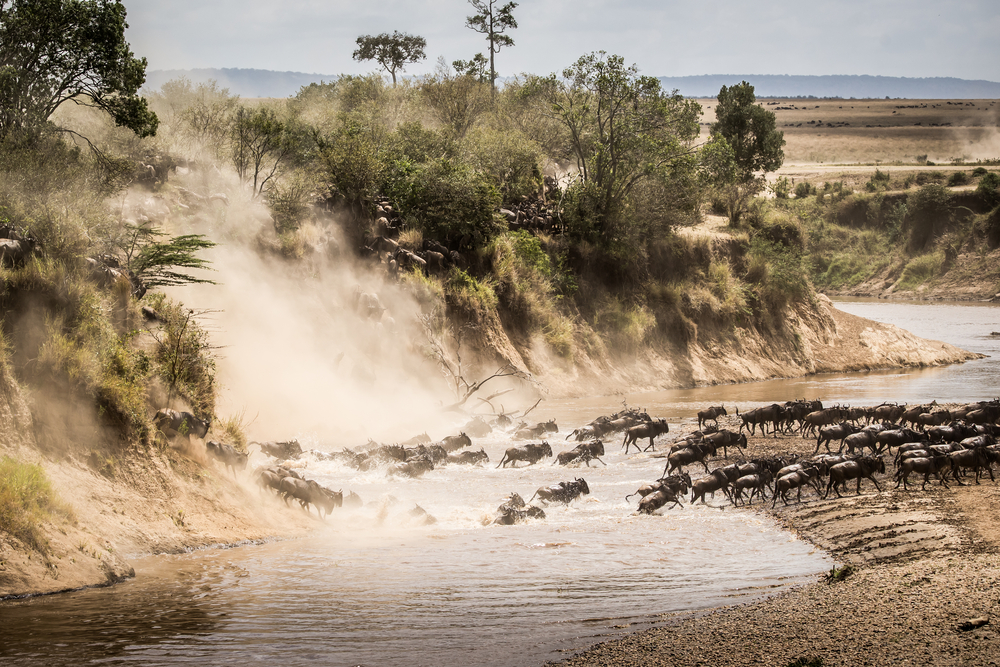 The name ‘Serengeti’ comes from the Maasai language and appropriately means an ‘extended place’. The Serengeti National Park, with an area of 12,950 square kilometers, is as big as Northern Ireland, but its ecosystem, which includes the Ngorongoro Conservation Area, the Maswa Game Reserve and the Maasai Mara Game reserve (in Kenya), is roughly the size of Kuwait. It lies between the shores of Lake Victoria in the west, Lake Eyasi in the south, and the Great Rift Valley to the east. As such, it offers the most complex and least disturbed ecosystem on earth.

* The annual wildebeest migration where up to one million of these comical animals cross the river in search of better grazing elsewhere is a spectacle not to be missed at any cost.

* In February and March, months before they begin their epic journey, the wildebeest give birth within a six week period to hundreds of thousands of calves, taking advantage of the sweet grazing available in the Serengeti at that time. They all foal at the same time, creating a massive window of opportunity for the predators who make full use of this potential feeding frenzy while they can.

Other Parks To Visit